It is hoped that the stories that comprised my journey toward sainthood will light up the lives of other would be saints so that they too can awaken to their special purpose. The journey is all about becoming familiar with the spiritual laws that govern life and about growing into what you already are...a child of God with the power to fashion your own life.

“A must read for anyone on a spiritual journey.” —TL, New York

“...as I read these stories, it seemed as if I were having the experiences myself, standing on absolutely holy ground, receiving the mysteries of God.”  —RM, Connecticut

“What a thought-provoking, wonderful book filled with the author’s true experiences and complete with ‘how to’ guidelines for each of us who want to experience and know for ourselves.”  —GP, Florida

“I was deeply moved by the book—as much by its tone as by its content—and inspired by its example.”  —BH, Mexico 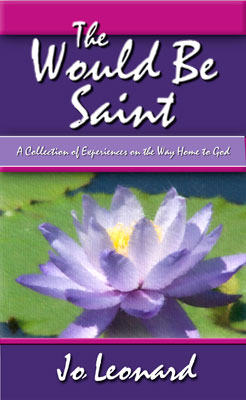 The Would Be Saint

At an early age, Jo Leonard’s dream was to become a saint. Not for the glory, but for the up-close and personal relationship with God that she thought sainthood would bring.  Many decades, paths, and spiritual awakenings later, she discovered that saints were not singled out by God for sainthood, not marked by the Divine with a pre-determined destiny.  Sainthood was, and still is, available to anyone and everyone who chooses to wake up to that which already lies within. And when you do, miracles, both large and small, abound and the power to create heaven on earth is yours for the taking.

Growing up, there were two girls in Jo’s neighborhood who shared her interest in sainthood.  One sweltering August day, they knelt, the three would be saints, in front of a rose bush in one of their backyards. Heads bowed, hands wrapped in rosary beads, they prayed for a miracle—nothing specific, just some sign that would signify the presence of God.

One of the friends had the idea of pricking their fingers with the thorns from the bush as a sacrifice. Although they weren’t really too clear on this point, it seemed that the stories they’d read about the saints always included pain and sacrifice of some sort, and they were willing to go the distance in hopes of acquiring their goal. Although nothing of any obvious note occurred on that summer’s day, it was a defining moment: Jo’s search for the miraculous had begun in earnest. 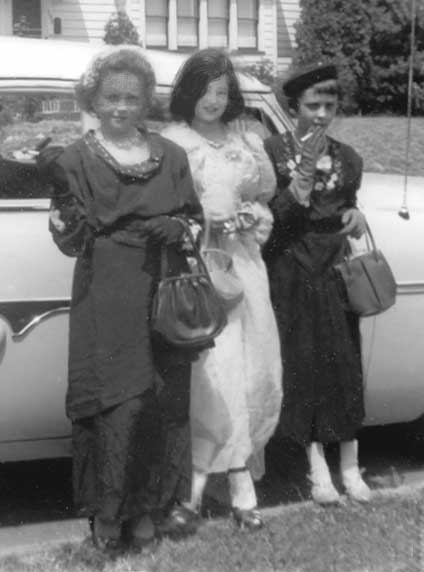 Also Available in Paperback at:

The neighborhood would-be saints playing dress-up in their mother's clothing. Circa 1950.

A true-life account of a soul in search of the God experience.

Please allow up to 24 hours to receive your book by email.  Please be sure to enter a valid email address. If you haven't received your book by then, please check your spam folder or contact me at jo@jeleonard.com